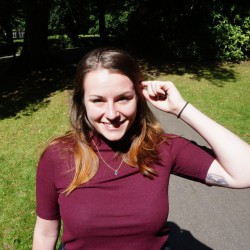 RailsConf is a nostalgic place for Phusion. We have our roots in the Ruby community, and RailsConf was one of the first conferences that Phusion's founders visited. We remember how exciting it was to finally meet people from the community that (until that point) we only knew as chat handles. We remember how nervous we were to talk on the stage, and how inspiring and fun it was to connect with so many people around the world.

Unfortunately, we had to skip out on RailsConf for a couple of years due to business and life circumstances, but this year we made a comeback by visiting RailsConf 2017 in Phoenix, Arizona. This time we weren't there as speakers, but as visitors. As much fun as speaking is, we've come to to discover how amazingly relaxing it is to not having to worry about slides. We wanted to learn new things; to get in touch with the community and with our customers; to help people; and to have fun doing all that.

Thus began our epic adventure to a desert in a land far far away where thousands of people gathered around a web framework that, in our opinion, is still one of the best and most productive.

We arrived two days early in order to acclimatize to the 9-hour time zone difference between Phoenix and Amsterdam. After a long Dutch winter the dry, hot and sunny climate was a bit of a shock to the system, but armed with bottles upon bottles of sunscreen and water we went on to explore the surrounding areas.

Downtown Phoenix was very clean and very beautiful. The architecture covered in warm tones of red and beige, in a soothing way that blends well with the desert. We discovered many interesting places but the thing that made the most impression on us was the Phoenix zoo. 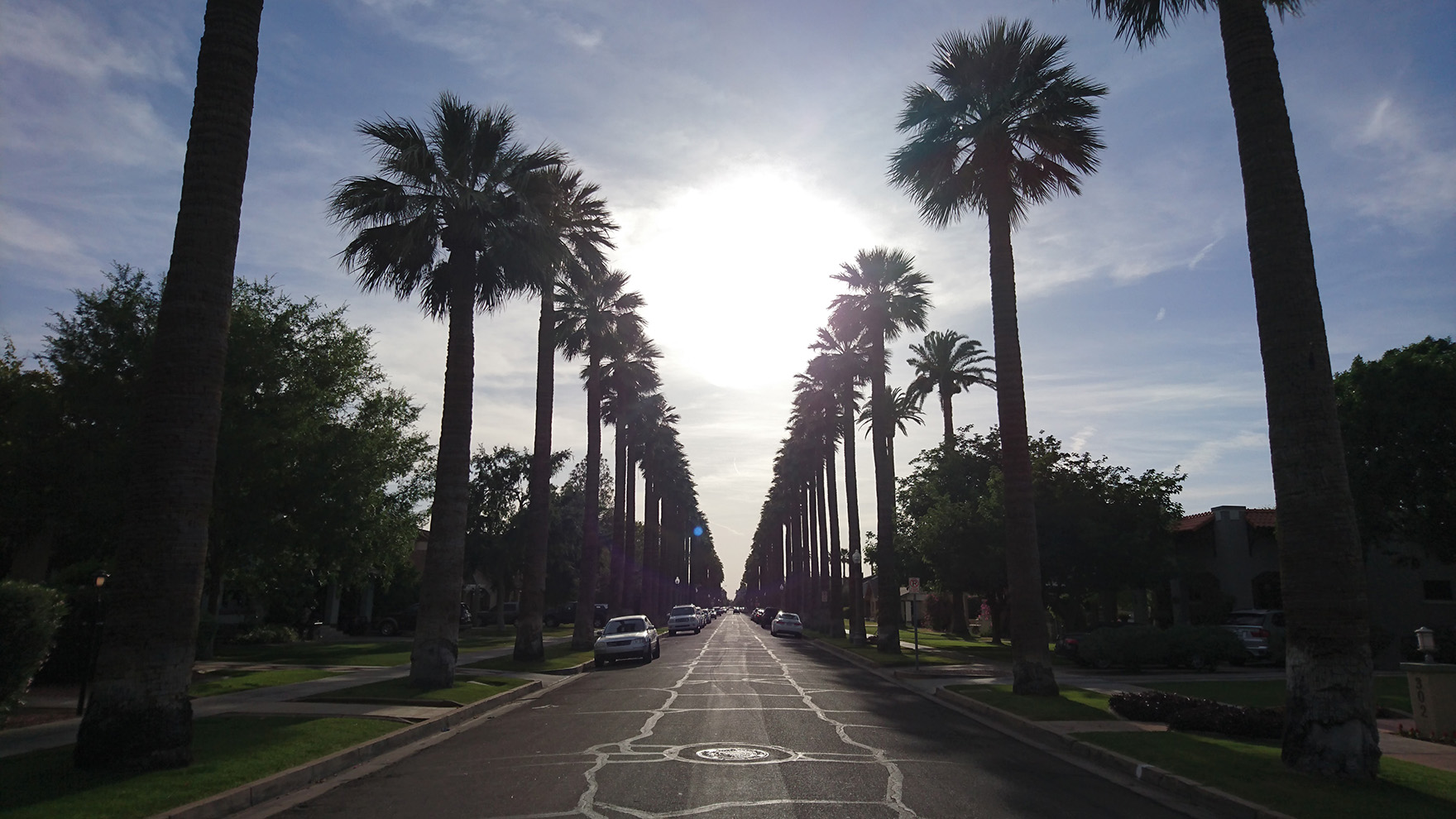 Located in the middle of a beautiful desert landscape with strange-looking mini-mountains and caves, the Phoenix zoo was a place of wonder. A desert bunny even begged us to take her back home, but we didn't think she had a passport that the TSA would recognize.

We spent 4 long hours enjoying exotic animals and magnificent landscapes. It was one of the best zoos we've visited. Then, charged with energy, we were ready to take on the conference! 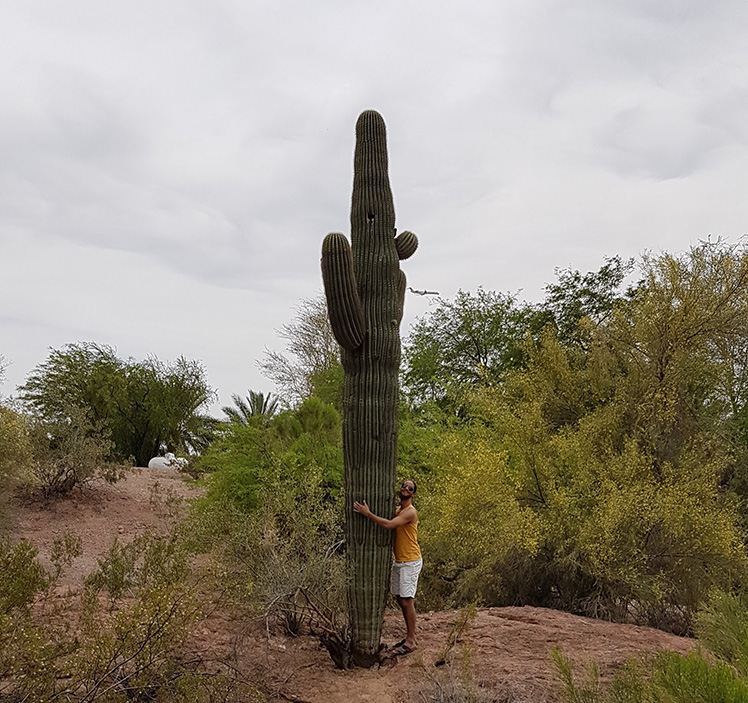 The opening keynote, by none other than DHH, was a powerful way to start the day. He discussed the -- for the lack of a better word -- "identity crisis" that is going on through the Rails community right now. Rails has never been this great, the features have never been this good, yet nobody is happy. Why is this so?

DHH reflected on what people are looking for in Rails. As developers, we all want to be seen as this rational being who makes well-researched choices that are backed by technical arguments. But the fact is that very few people do deep research, and our technology choices instead depend a lot on emotion and the amount of buzz we hear from other people. We also tend to worship "nomads": polyglot programmers who don't stick heavily to any one language, and who proclaim that we shouldn't be tied to any one thing.

The problem with this combination of facts is that it becomes easy to doubt our choices. Did we make the right choice? Isn't that new framework around the corner better? So we are constantly looking for validation that we picked the right choice. We are also constantly chasing shiny new things because the amount of buzz surrounding them.

DHH stated that the way to remedy all this is to dig deeper. Dig past the features, past the technical benefits, and first think about our beliefs, our philosophies and our values. What do we feel is beautiful code? What kind of architectures do we believe in? The technical aspects that we stand behind, arise from these philosophies.

In a tone change DHH made it clear that it is okay to believe in something and to plant your roots somewhere. We do not have to be nomads that are constantly moving around. By planting our roots, and saying "this is where I stand", we become less susceptible to fear, uncertainty and doubt. We do not have to constantly chase new things if we believe in the philosophies we stand behind.

Many of these thoughts resonated with us. A lot of the aspects that attracted Phusion founders to the Ruby community are philosophical in nature, and it is good to see that this is being considered explicitly. 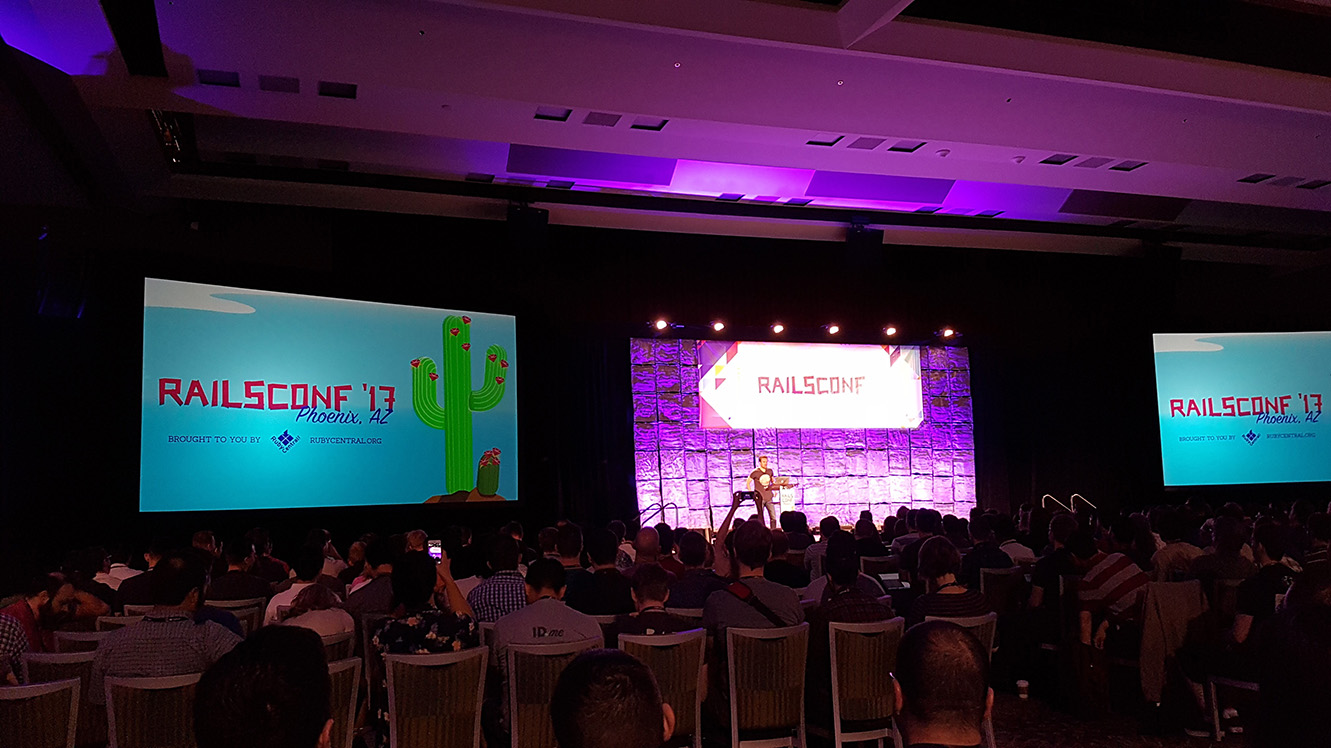 A wide range of topics

RailsConf had a very diverse program. There were as many as 7 parallel tracks. A wide range of topics were covered: there were not only talks about technical subjects such as PostgreSQL, Docker and error handling, but also more business focused and philosophical subjects such as leadership skills, the Ruby community, gender and racial equality, etc. Plus, the workshops provided a more hands-on experience into certain subjects.

It was impossible to attend everything interesting, but luckily all sessions were recorded by Confreaks. Their videos are coming online gradually on their Youtube channel.

The first day ended with a bang, a beer and beanbags. This must be the Engine Yard after-party. Located in what appeared to be a barn right outside downtown Phoenix, on a street where you don't expect to find anything of interest, was the most unique party we’ve ever seen. If there is a word to describe it, then it would be "super-houseparty". 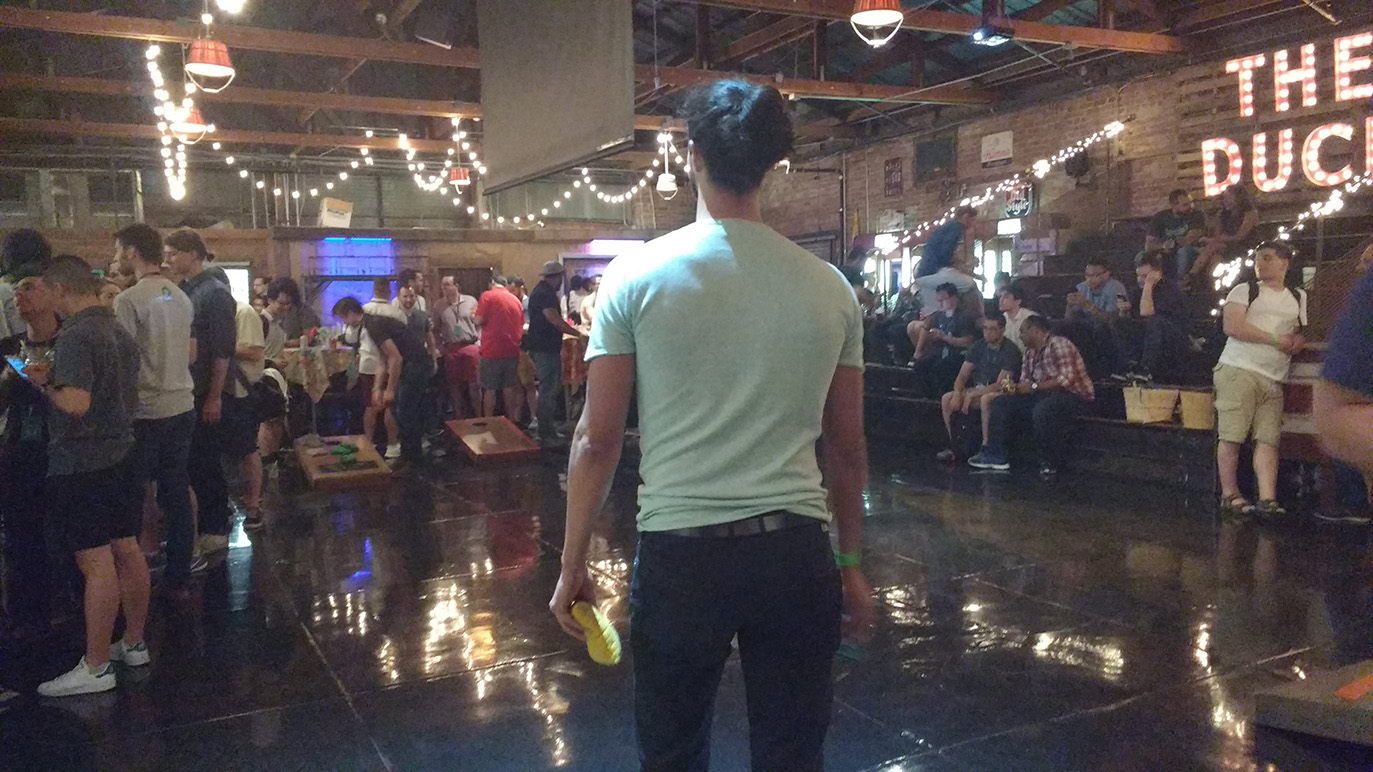 As we entered the place, we saw hundreds of people gathered to enjoy each other's company with cocktails. So far nothing out of the ordinary, until you see tens of bags flying around in the middle of the hall. That turned out to be a cornhole contest, a backyard sport which was new to some of our group. Not far from there, a team of people looked like they were having the most intense ping pong match ever played in the history of mankind. But even with all the projectiles flying across the hall people still enjoyed their food, which consisted of sandwiches, shepherd's pies, pizzas and more. The sheer joyful energy emitted from this place was a welcome change from the more "serious" atmosphere that the conference instilled earlier during the day.

As the days progressed, we noticed that people became more and more relaxed. There were interesting talks about machine learning, databases, optimization and leaderships. But what said DHH was right: we didn't come here to learn, we came to connect. The most unforgettable event on the second day had to be the unofficial karaoke party sponsored by Sentry. Located far outside the downtown core, in an area which our taxi driver claimed is the prime area for student parties, laid a place which looked more like a living room with a TV screen than any karaoke bar we’d seen before.

It was here where we learned the alter egos of people whom heretofore we only knew as programmers. Who knew that Nate Berkopec, current maintainer of Puma and author of the Rails Performance book, was a superstar singer in disguise? Who knew that Julian Cheal, developer at Red Hat, was fluent in Korean and could therefore imitate Psy? There was only one way to find out, and this was it. 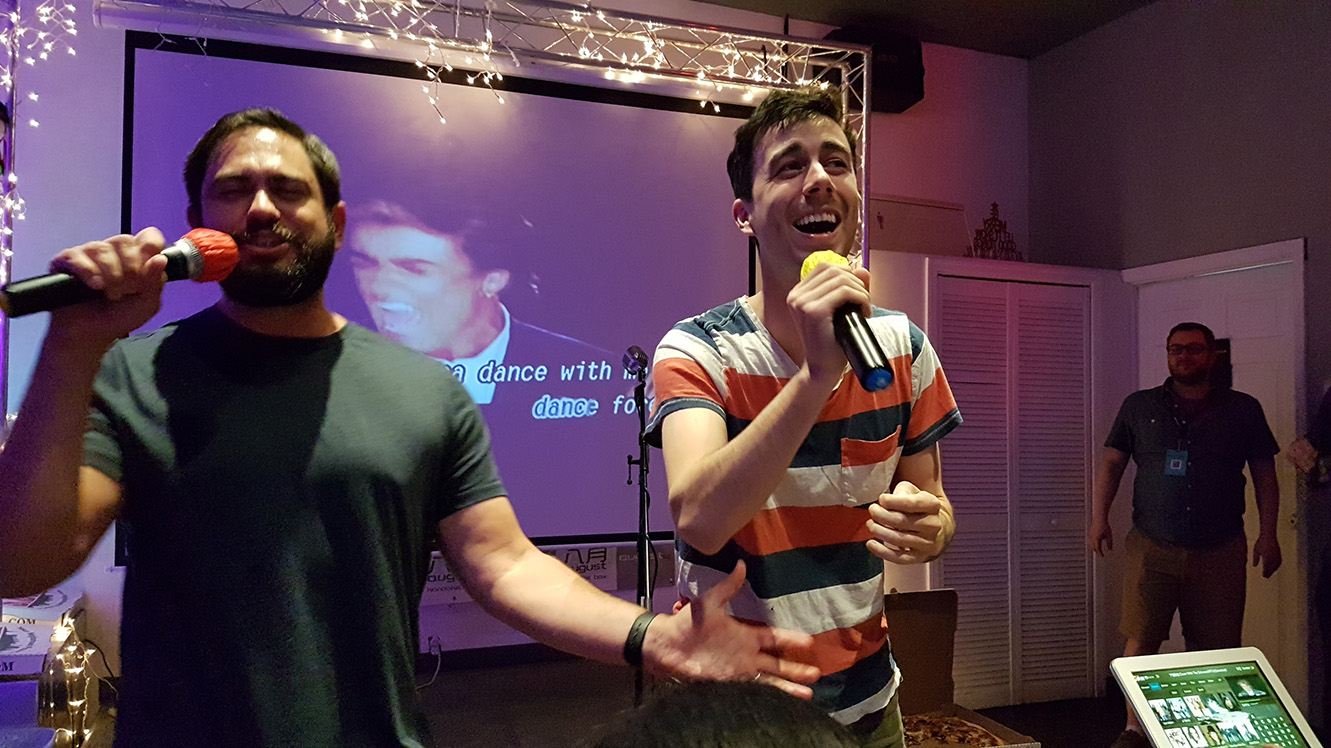 RailsConf far exceeded our expectations. What we've found was a whole new world. Unlike previous editions that we visited, which had a commercial atmosphere, this one felt more community-like. The conference ended with Aaron Patterson roasting DHH, which was probably the talk that generated the most laughs during the entire conference. People were having fun as part of the community, which is exactly how we like it.

We were also touched by the number of people who showed their appreciation for Passenger and their support towards us. It warms our hearts that we were able to make the lives of so many people better. Thank you for your support, and to those who we haven't met yet: may we meet at a future event like RailsConf 2018. 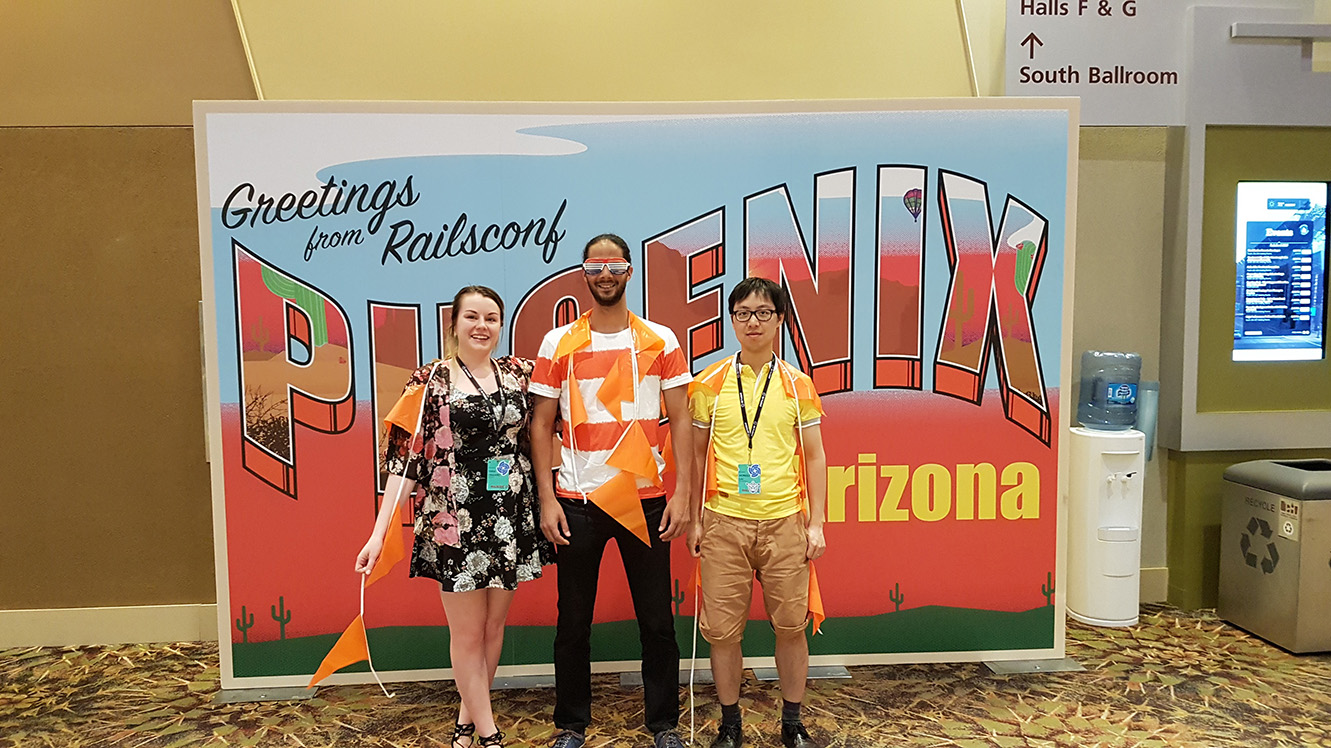