May 11-12 the 3rd installment of the ROSS conference format, ROSS conf Amsterdam, took place. Open source projects that are part of the average Rubyist's toolbelt - like, say Homebrew and RVM - received an overwhelming amount of Pull Requests from new contributors.

ROSS conf is a platform for (Ruby) open source software maintainers to introduce their projects to an audience of first time as well as existing contributors. By the community, for the community.

A roundup of what happened:

Exercism, represented by its initiator and Ruby Hero award winner Katrina Owen, received 7 PRs that improve the contributor instructions, the development environment, and the interactive CLI walkthrough for all three platforms (Mac, Linux, Windows). On top of that Exercism received 2 PRs for its Command Line Interface, one that significantly reduced the size of the compiled binaries that get distributed, and another that adds some missing error output making it less confusing to use. 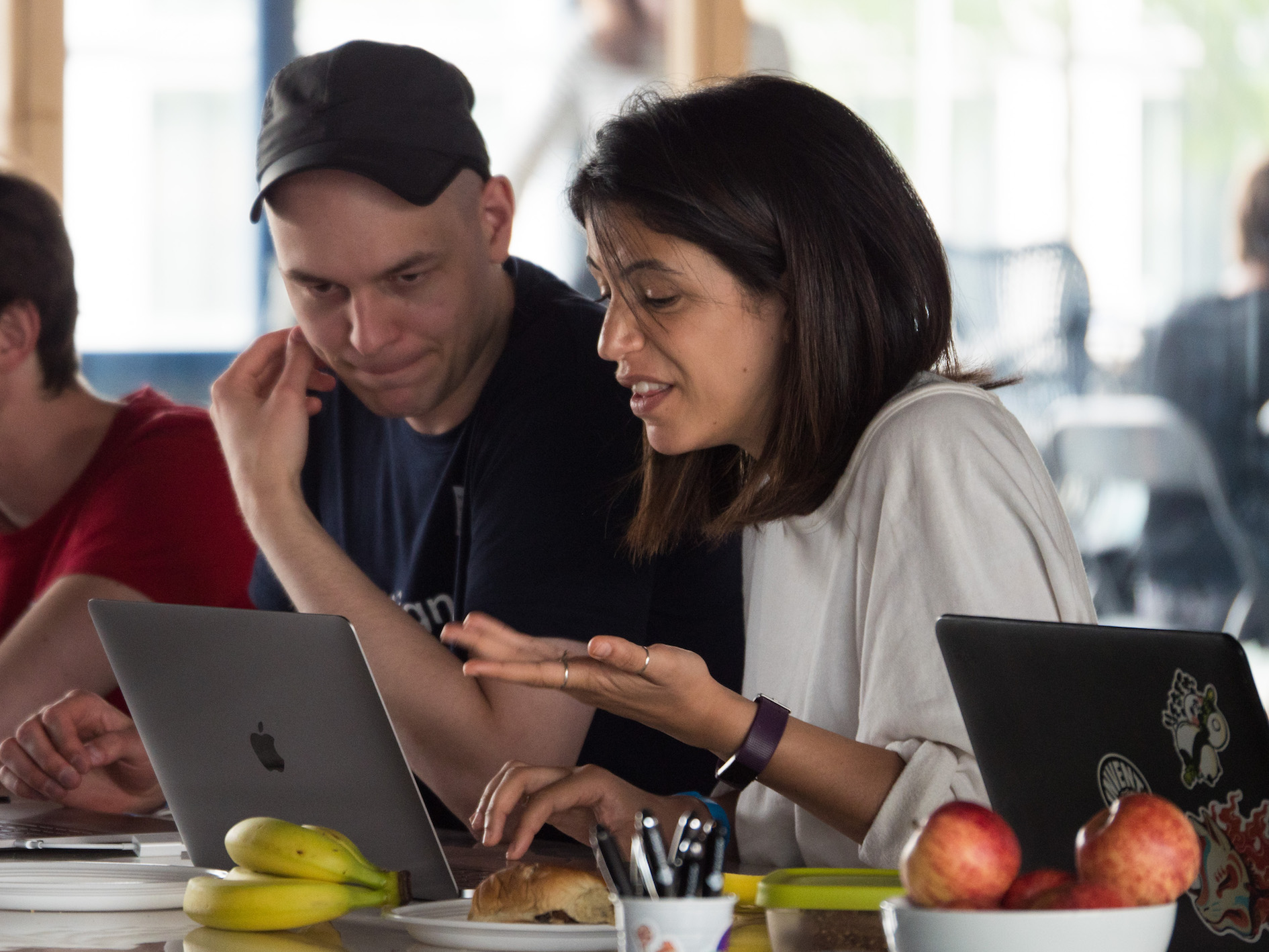 Then there's 4 PRs fixing formatting in the various Exercism language tracks, which, once replicated for all tracks, will eventually account for 50+ PRs! The 'Maintainer Sync Bot' received 2 more PRs, one of which updates the framework dependency from 0.7.2 to 6.1.0 (!!).

The Crystal track received 6 PRs improving exercises, and the Ruby track received 2 fixes to its exercises. Then there was 1 PR to clarify a confusing exercise description in the language-independent exercism/problem-specifications repo.

But the best part: Katrina's group counted 2 participants who had only been coding since 2 weeks and they caught most of the ambiguous docs issues!

Michal Papis decided that 'RVM 2.0.' has seen so many iterations, he'd better switch to 'RVM 5.0' and be done with it. Michal and his group created a frontend where you can pull up a list, talked about system architecture and implemented a feature where RVM can receive the unique id of your machine - hashing the key obviously, because GDPR and for other (good) reasons - which helps them figuring out how many people depend on RVM. 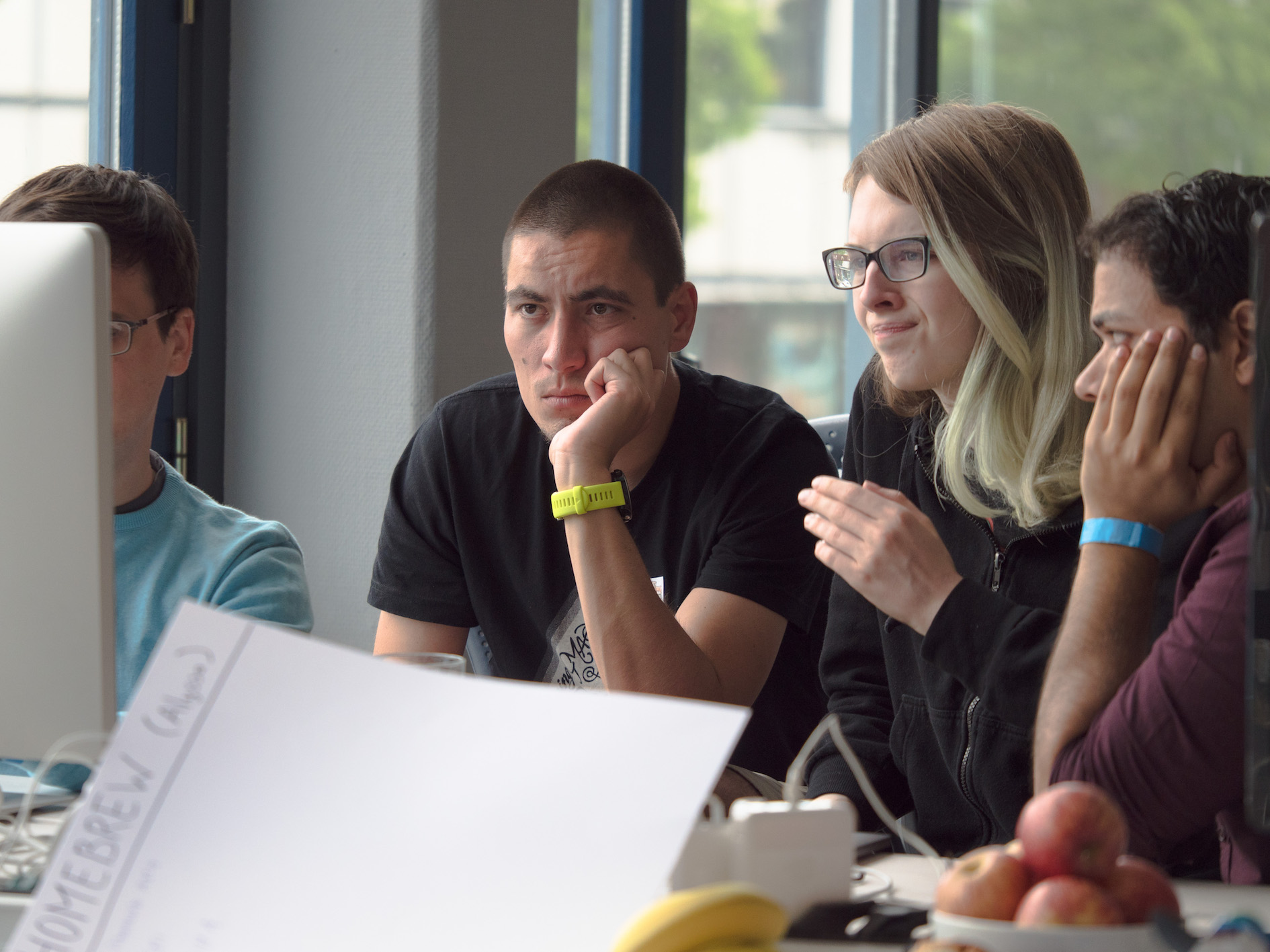 The Homebrew group, led by Alyssa Ross, submitted 2 Pull Requests solving issues from the 'help wanted' list and made it so that brew update warnings are not hidden within the log output, but neatly arranged and at the end of the trace, for more visibility.

For 1 participant Homebrew was their first open source contribution. The group was able to make a good start with certain issues from the core's issue list.

Adding an 'all' tab, combining the GitHub issues, StackOverflow and FrontApp (Phusion's Enterprise support tool) tabs, means Support Central now has an overview of all current tickets in one interface. The group introduced a 'synchronize all' button, as well as a way to synchronize the seperate feeds whilst in the tab. Support Central was updated to use Rails 5.1 'properly' (leaving the 5.2 upgrade for a later point in time).

The Foreman project, represented by Tomer Brisker, saw 6 people sharing 3 laptops, 3 docs PRs, as well as 4 PRs to Foreman core. Rake task descriptions were updated and the project's React code received some updates. We don't mean to brag, but some of that was our Chief Intern Luuk. 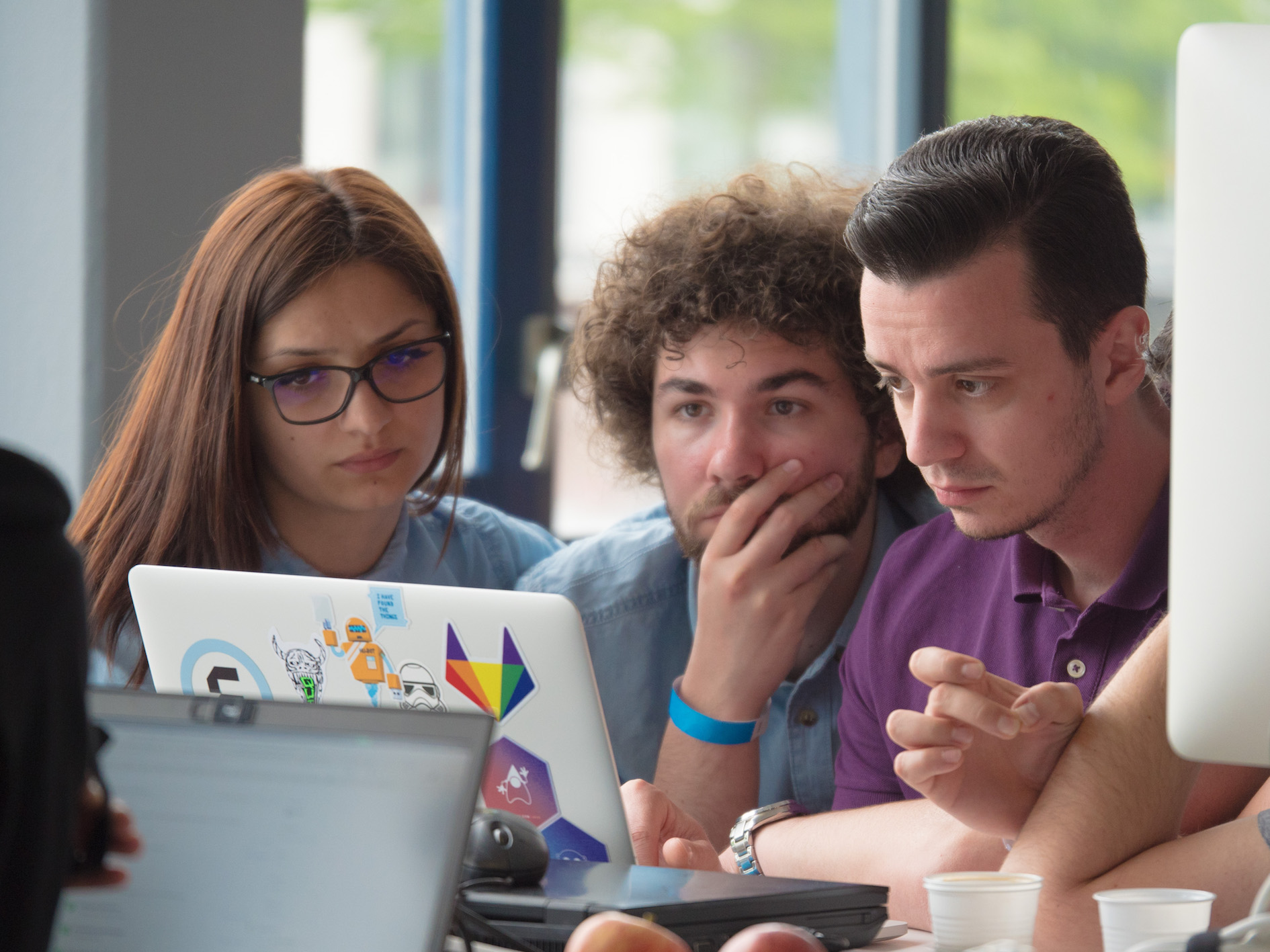 ROSS conf organizer Sebastian and Tomer, who both work at Red Hat, were featured on the Foreman Community Demo to talk about their ROSS conf experience.

WeTransfer open sourced their API at ROSS conf. The team, led by Noah Bermann & Amy West, submitted 7 PRs in total. 2 contained docs changes, another 2 were to update the JS SDK. Two example apps got build and the team received 'lots of invaluable feedback'.

In one of the example apps, tags like #rossconf triggers a 'transfer' filled with pictures tagged with that hashtag.

Thanks to my fellow organizers Rayta van Rijswijk, developer at Young Capital and my co-organizer at the Amsterdam.rb Ruby meetup group, Program Manager at GitHub Lieke Boon and Sebastian Gräßl, Software Engineer at Red Hat and fellow initiator of ROSS conf. Also: thank you to our coaches Mislav, Gabriel & Piotr - slicer of the bread - Szotkowski.

Many thanks to the sponsors (in no order of importance; and all very much hiring): GitHub, Phusion (that's us!), WeTransfer and Publitas.