Why we're organizing an open source mini-conference in Amsterdam

May 11-12 ROSS conf Amsterdam, the 3rd installment of the ROSS conf format, will take place, and Phusion is one of the sponsors and organizers (thank you GitHub, Publitas and WeTransfer).

Phusion Passenger started as an open source project solving the pain that was Rails deployment. Passenger grew to become host to over 650.000 instances - not counting the people that rely on our Docker images or other open source packages - and we've got the grassroots community to thank for that.

In one of the many efforts of giving back to the community, we're supporting ROSS conf Amsterdam, a platform for (Ruby) open source software maintainers to introduce their projects to an audience of first time as well as existing contributors. 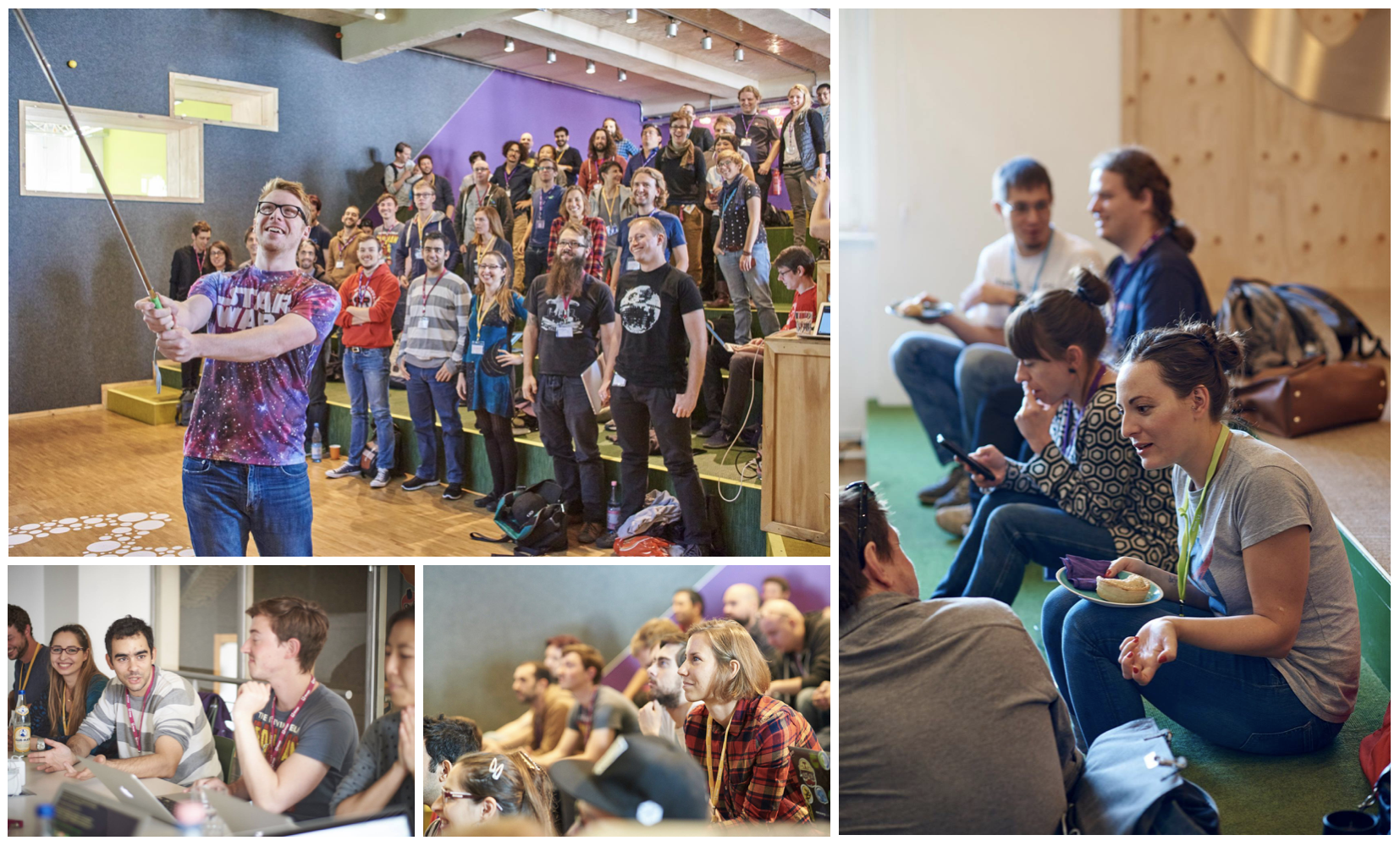 A little bit to the back story of ROSS conf. ROSS conf is a conference format I thought up in 2015 that has seen 2 editions so far. I was missing something in the conference world. I’d go watch a talk, get all excited about the project and then the talk would be over, a new one was about to start or the speaker would be swamped with people asking questions. Conference wifi usually does not allow for ‘cloning’ or downloading large repositories (project folders) either. So my enthusiasm would fade and I’d rarely end up contributing to projects that initially got me excited.

ROSS conf is specifically designed to allow for airtime with the maintainers of awesome open source projects and hands-on, sleeves-up contributing to these projects. Some people end up contributing far beyond the scope of the conference. Having that experience working alongside other contributors and a project's maintainer, ROSS conf participants have a better feeling for the project and what kind of contributions are welcome, which especially lowers the barrier to entry for newcomers. 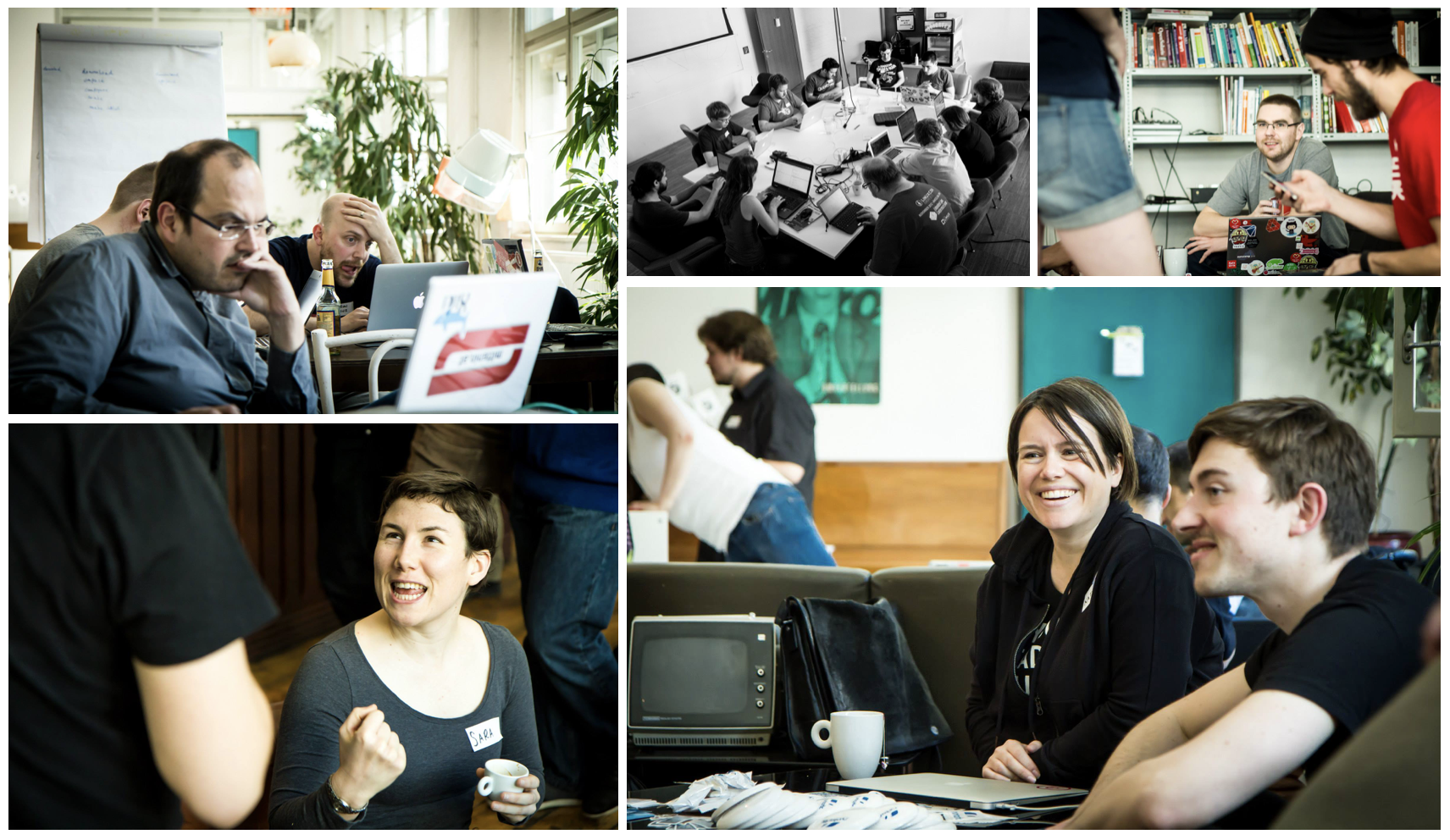 The event is deliberately kept small in terms of participants so that it allows for 1-to-1 interaction with the maintainers and so that the talks / project introductions don’t eat away time that could be spend contributing to the projects. The conference is free to attend but asks for a deposit participants get back upon attendance.

The Berlin event hosted Zachary Scott with Ruby, Laura Frank with Docker UI Panamax, André Arko with gem manager Bundler, Piotr Solnica with Ruby library Ruby Object Mapper (or ROM) and the Speakerinnen project, which aims to increase the visibility and participation of women at conferences, panels and talk shows.

Fun fact: the ROSS conf mascotte is modeled after Zachary Scott, hands-down one of our most favorite rubyists.

My fellow organizers are Rayta van Rijswijk, a developer at Young Capital and my co-organizer at the Amsterdam.rb Ruby meetup group, Community Manager at GitHub Lieke Boon and Sebastian Gräßl, Software Engineer at Red Hat and fellow initiator of ROSS conf.

There are a few tickets left, so go grab yours before it's too late!

We are looking for a Fullstack Engineer to join our team in Amsterdam, make sure to check out the opening!