Version 6.0.7 of the Passenger application server has been released. This release adds compatibility for Ubuntu Groovy, and addresses several regressions.

Passenger 6, introduced Generic Language Support, or: the ability to support any and all arbitrary apps.

Passenger 6.0.7 also includes a fix for an interesting problem. When deferred port binding was introduced in Passenger Enterprise 5.1.11 it was to address a need for Passenger to not signal its readiness to accept requests to a load balancer until it had finished starting its apps. In the customer's use case the load balancer was terminating ssl and Passenger was simply serving http. However as use of this feature grew we were notified that when you used deferred port binding with SSL/TLS the communication between the proxy and Passenger would fail. After digging in, we found that the communication between Passenger and the proxy couldn't use the same SSL/TLS configuration as the proxy, so we had the proxy terminate the SSL/TLS and now everything works. 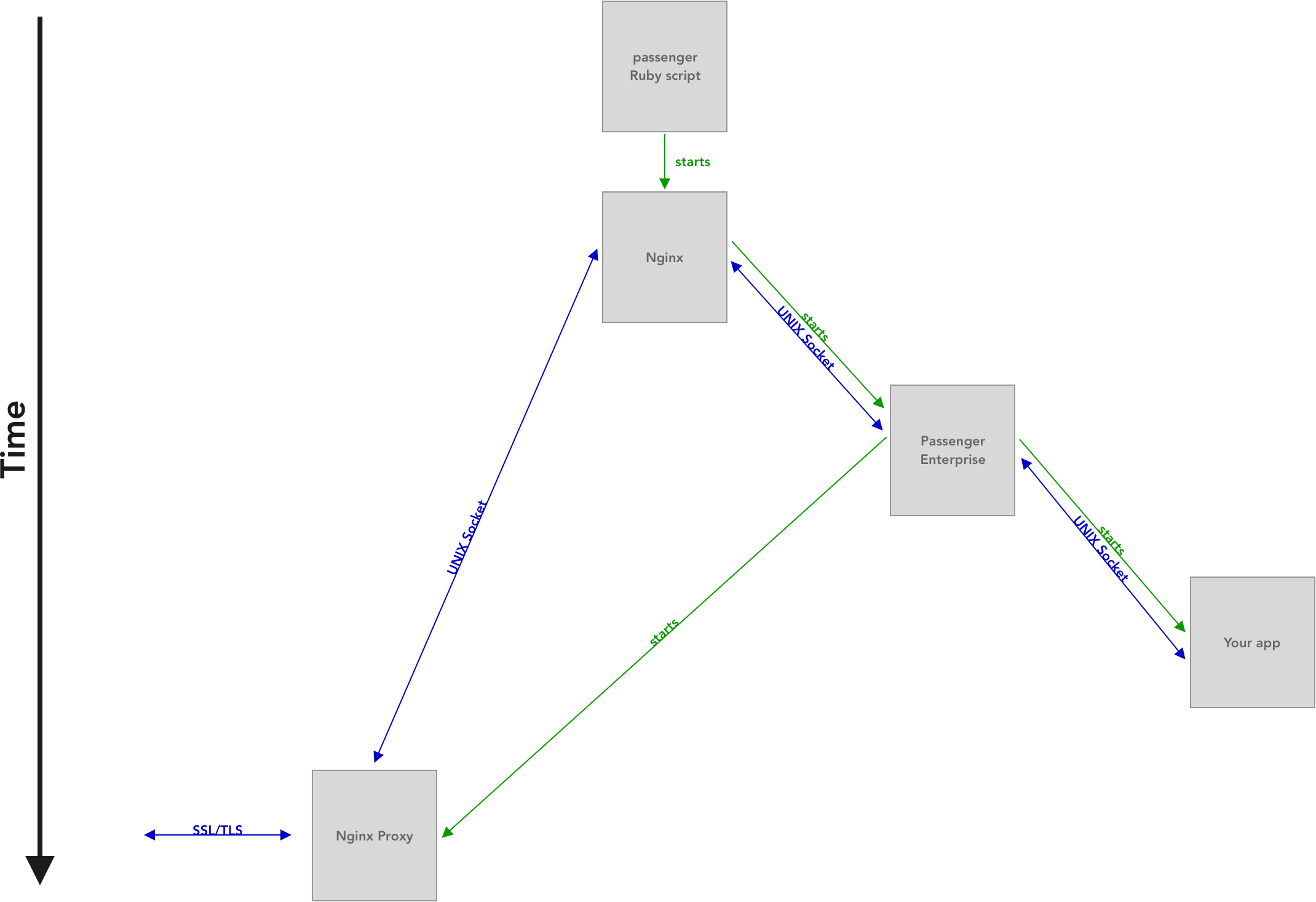 Please see the installation guide for advice on getting started with Passenger. Coming from a language other than Ruby, Python, Meteor or Node? Even if we didn't write a specific tutorial for your language, we made a generic guide that shows you the steps.

Please be aware that you can enjoy enterprise features and sponsor the open source development directly by buying Phusion Passenger Enterprise.