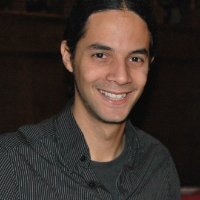 Hello World from Daniël Knoppel (LinkedIn profile)! Daniël is a seasoned developer / entrepeneur who joined the Phusion team at the 5.x release of the Phusion Passenger application server for Ruby, Python and Node.js. Together we are happy to announce version 5.0.4, which resolves all critical issues reported to us in the wake of the 5.0.1 release. This release also introduces some miscellaneous improvements and minor bug fixes.

If you hadn't already, be sure to check out the many major improvements that the 5.x series of Passenger introduces!

Version 5.0.3 has been skipped because we discovered a compilation problem that occurred on some systems, right after we already tagged 5.0.3. This blog post describes the changes in 5.0.3 and 5.0.4 together.

It's great to see 5.x moving into the wild and being pushed to the max. There we started seeing the issue above, and community reporting helped us to track down various independent causes. In 5.0.2 we already fixed one major cause (stuck responses), and in 5.0.3 we tackled less common but still significant causes:

Applications relying on the SERVER_PORT Rack env variable mistakenly received the value of 80 instead of 443 in standard HTTPS setups (GH-1421). This could cause for example OAuth signed requests to fail due to the resulting URL mismatch.

Installing or upgrading to 5.0.4

If you are upgrading from 4.x, please read the 5.0 upgrade notes to learn about potential upgrade caveats.

Phusion Passenger's core is open source. Please fork or watch us on Github. :)